Type your search terms above and press return to see the search results.

In the late afternoon, I ended up getting busy at work and was frustrated when—as usual—Miyu was making a mess in front of Maddie’s cage in the office. I snapped and decided that Maddie would no longer stay in the office. So, I rolled her cage out into the living room. By the time work ended, the gears in my head were turning and before I knew it, there I was, rearranging furniture.

After much waffling about, I decided to move Maddie to Miyu’s room. I thought it was a win-win situation—maybe it will help her sleep through the night in her own room for once, and she won’t bother me as much while I’m working in the office.

Let’s see how long this lasts. We tried this set up before in our old apartment. Miyu went on and on about how she would love to have Maddie in her room and promises were made about her sleeping in her own room once and for all.

I have a feeling I’ll be doing some more rearranging again in the near future.

Lately, Miyu has been taking more interest in drawing. Maddie, in particular. I’m sad that I, myself, can’t seem to find the time or energy to draw, but I’m glad that at least someone in this house is drawing. 🙂

We recently got another Amazon shipment in today. I ordered a few things, including two new litter boxes for Maddiebear. I got tired of her chewing on her pee mats so I thought well…she already knows what to do with the litter box, hopefully she’ll pee and poo in there? *Crossing fingers*

Anyway, Ken was showing me this rabbit video on YouTube when I saw how people were creating their rabbit’s play area using cardboard. So, using the new box we got, I asked Ken to cut some doors in it and voila! Tomorrow Miyu and I will create a roof for Maddie’s new playhouse. 🙂 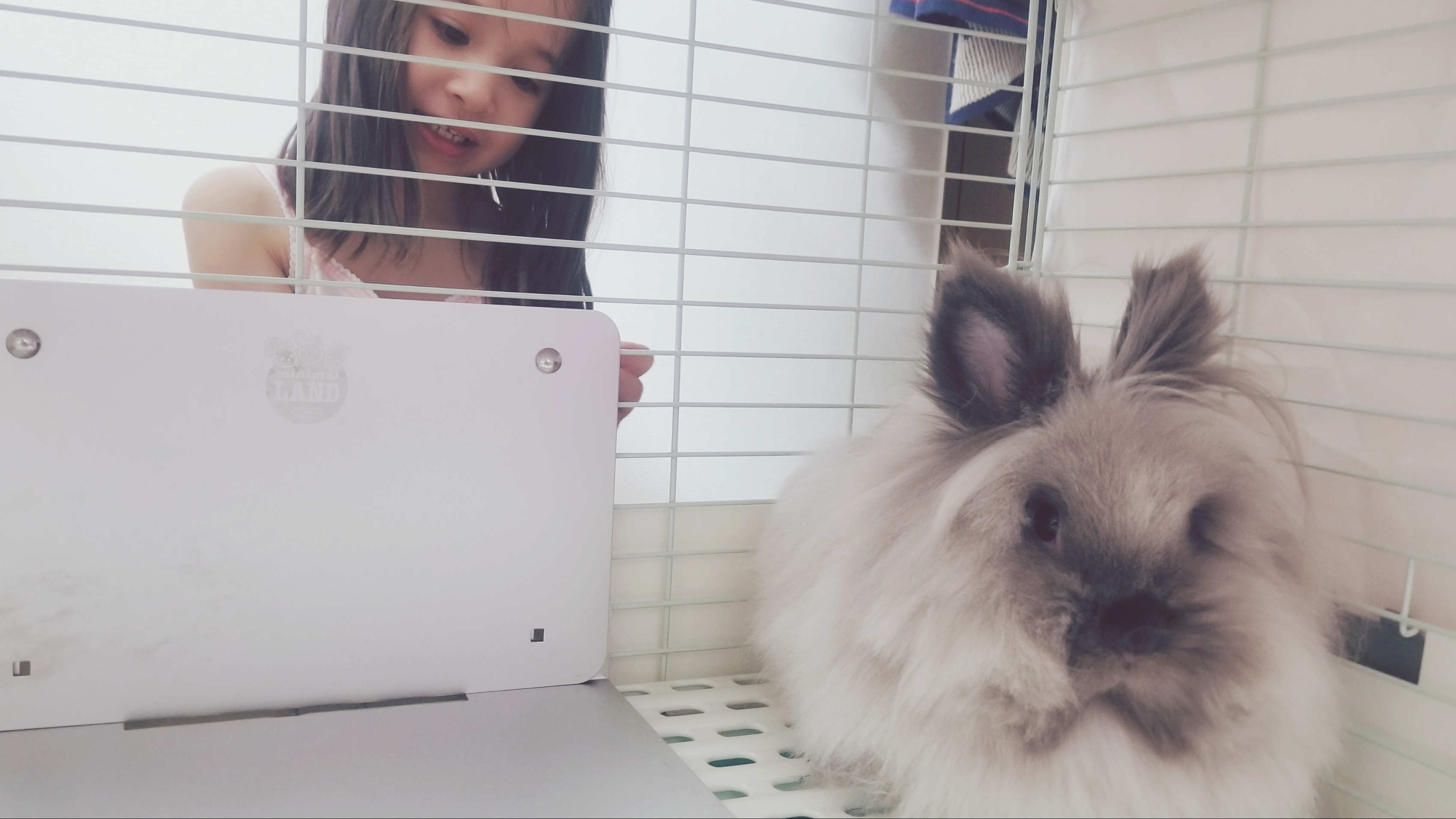